The future is for those bold enough to shape it

BMW celebrated its 100th anniversary in a spectacular show in the Munich Olympic Hall in March 2016.

The audience was deeply astonished by the show which was especially designed by Show Creator, Show Director and Media Artist Andrée Verleger. A new VLS system comprising a technical novelty in connection with light and spheres provided for a unique atmosphere.

Different scenarios could be represented in a unique way, by means of the sphere system comprising 880 winches, to which LED-illuminated spheres with a size of 40 centimeters were attached. This “kinetic ballet of spheres” enabled the visualization of different shapes and movements and to illuminate them in various colors.

As a the 2 millimeter wide rope of the winch was too small to establish a common power and signal transmission, a system comprising a battery and a DMX radio receiver was designed. Thus, it was not only possible to move each sphere individually, but also to change the color of all 880 spheres independently or to switch the spheres on or off. The control of the spheres was affected by means of a programmable lighting control desk. 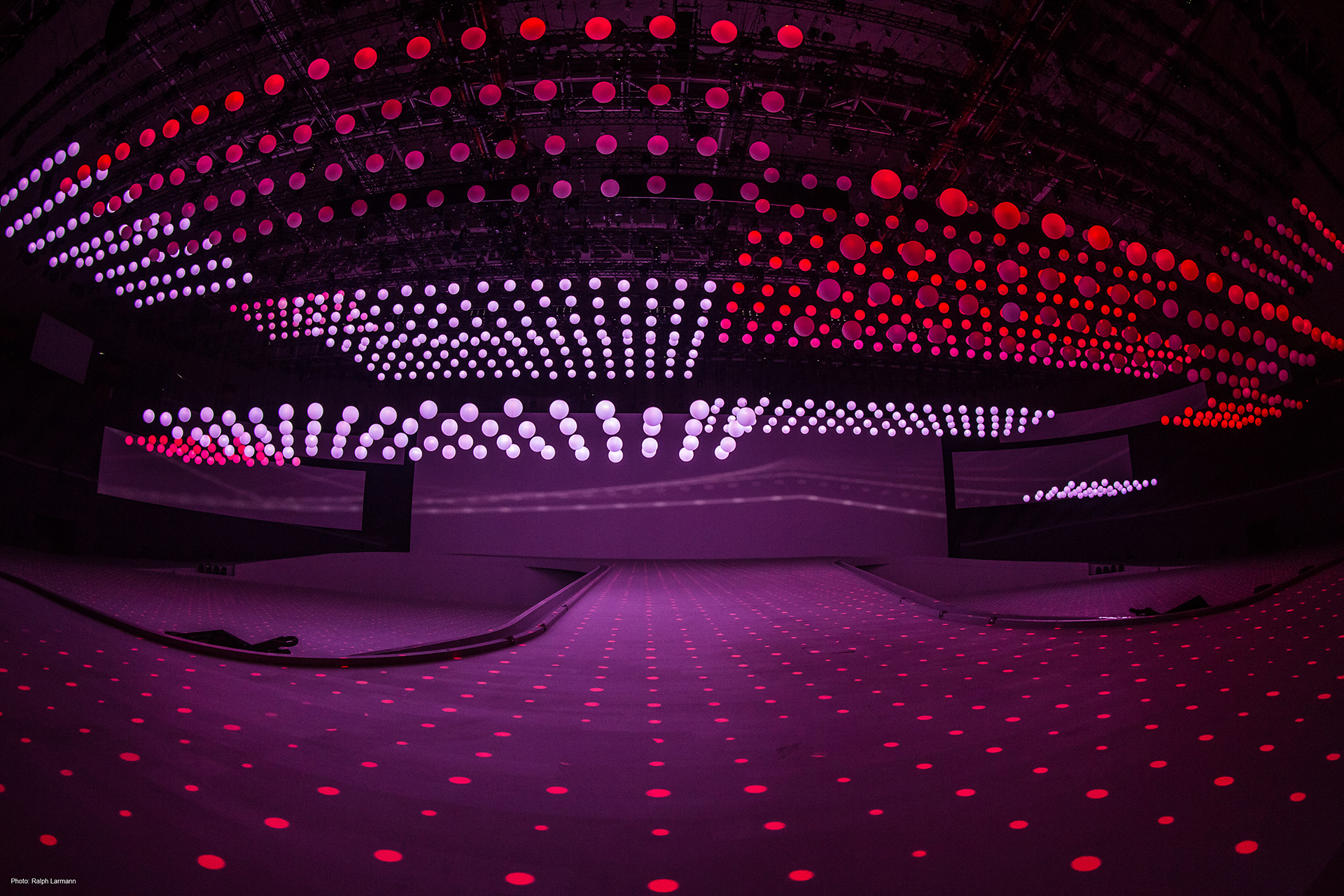 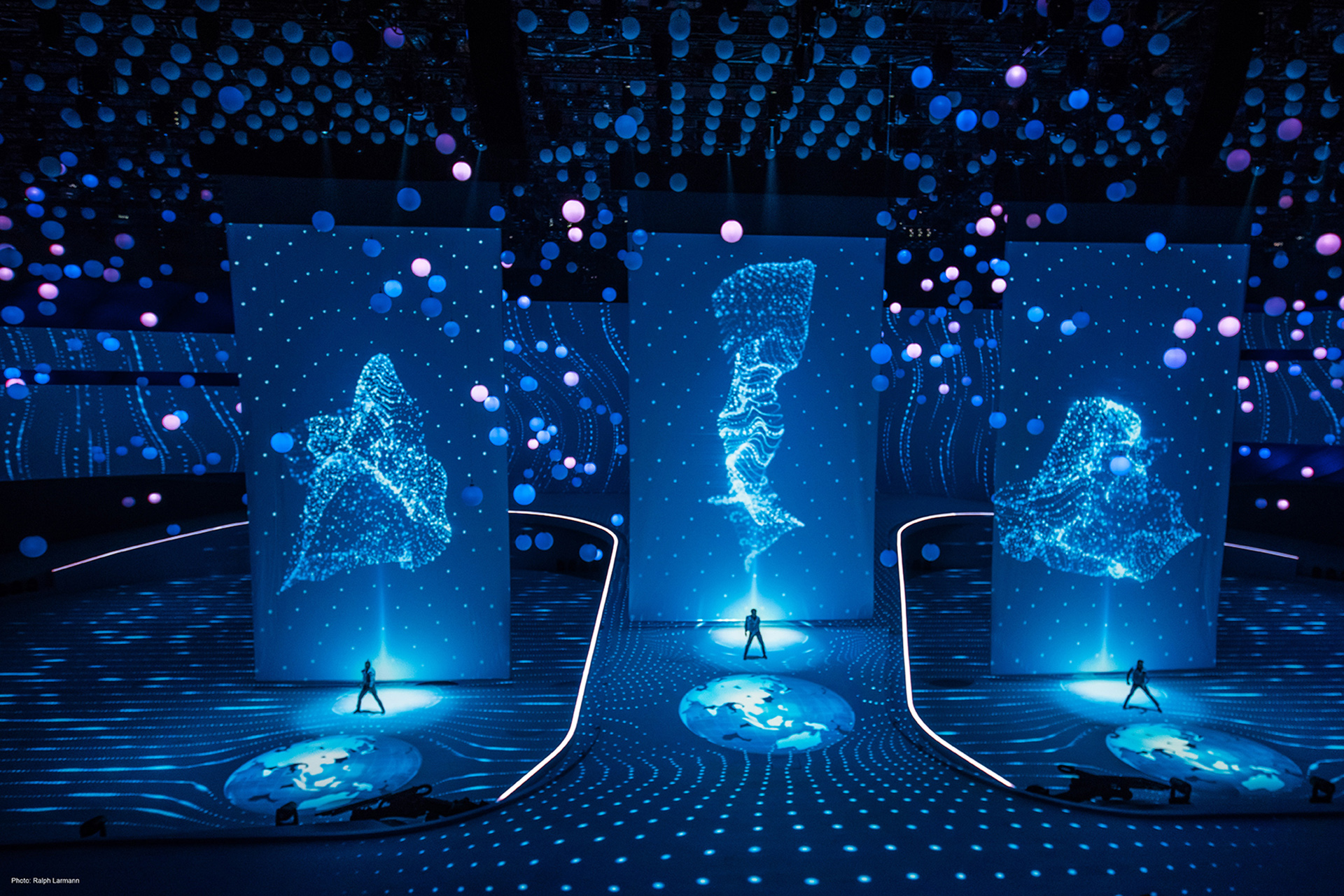 Beside the kinetic ballet of spheres, further features were used during the show as well.

Thus, 3 carbon tube screens, which were each covered with an 8.5 meter wide and almost 20 meter high fabric, were used. They could be winded and unwinded during the show in order to enable various projections.

Artists were attached to 3 winches for their artistic performance and could be raised and lowered during the show at a speed of up to 3m/sec and a maximum lifting height of 18 meters. Industrial robot arms were each equipped with an 85″ plasma screen and provided for another highlight of the show by interactively integrating artists and video technology.

For the introduction part of the show, a moving lifting device was developed, which was installed below the stage. It facilitated the raising and lowering of the lectern in order to make it disappear from the stage.