On Saturday, May 18, 2019, the grand final of the 64th Eurovision Song Contest 2019 took place in Tel Aviv at the International Congress Center.
The whole stage production was a visual spectacle which caused goose bumps as well as beads of sweat.
The company Stage Kinetik was commissioned to support the production for the following productions.

The central point of the stage set were twelve LED walls about 3 meters wide and 12 meters high, which could be rotated individually and moved together to form one large LED wall without gaps.
Due to this versatility and the fact that the elements were decorated on both sides, unforgettable stage sets could be realized. 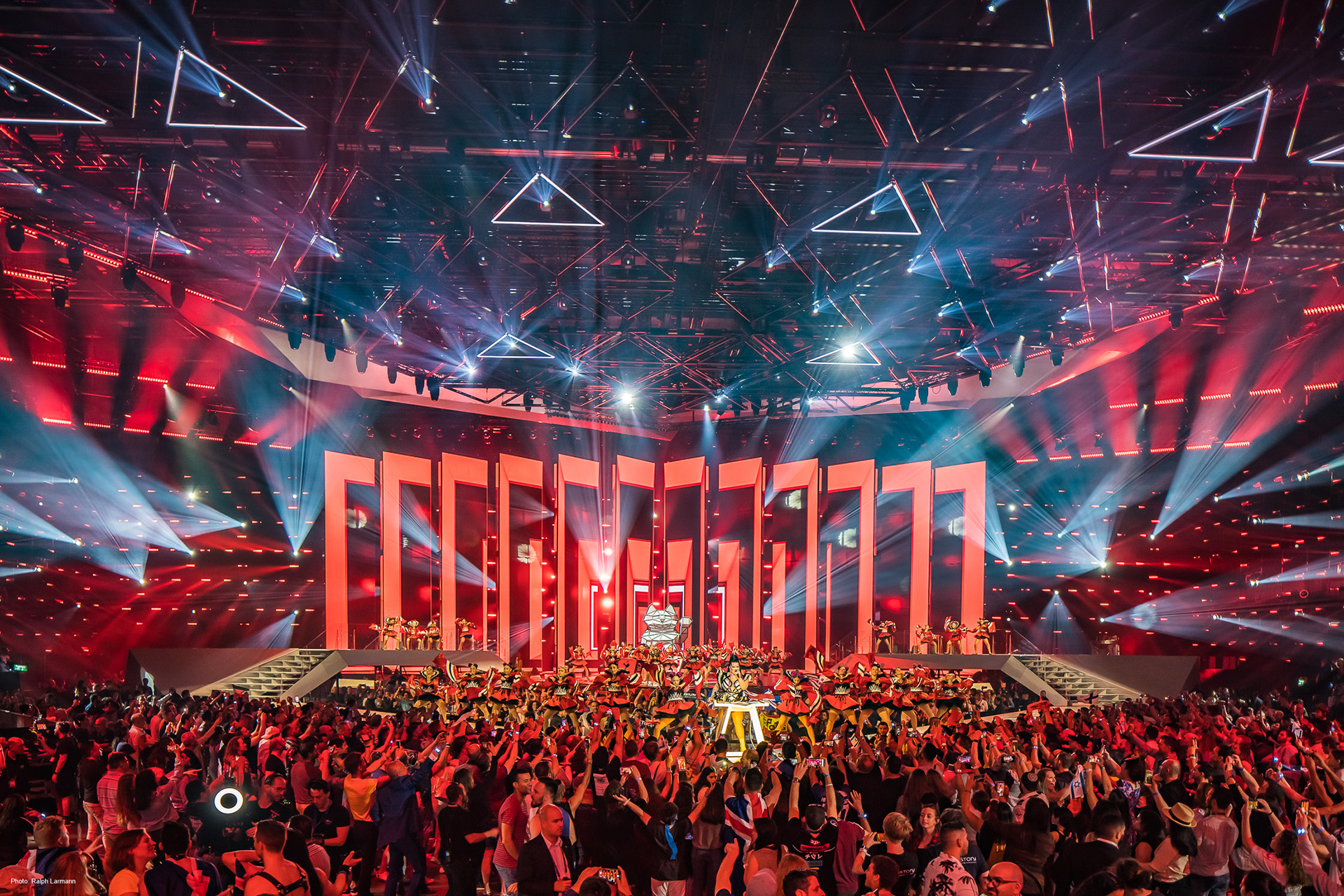 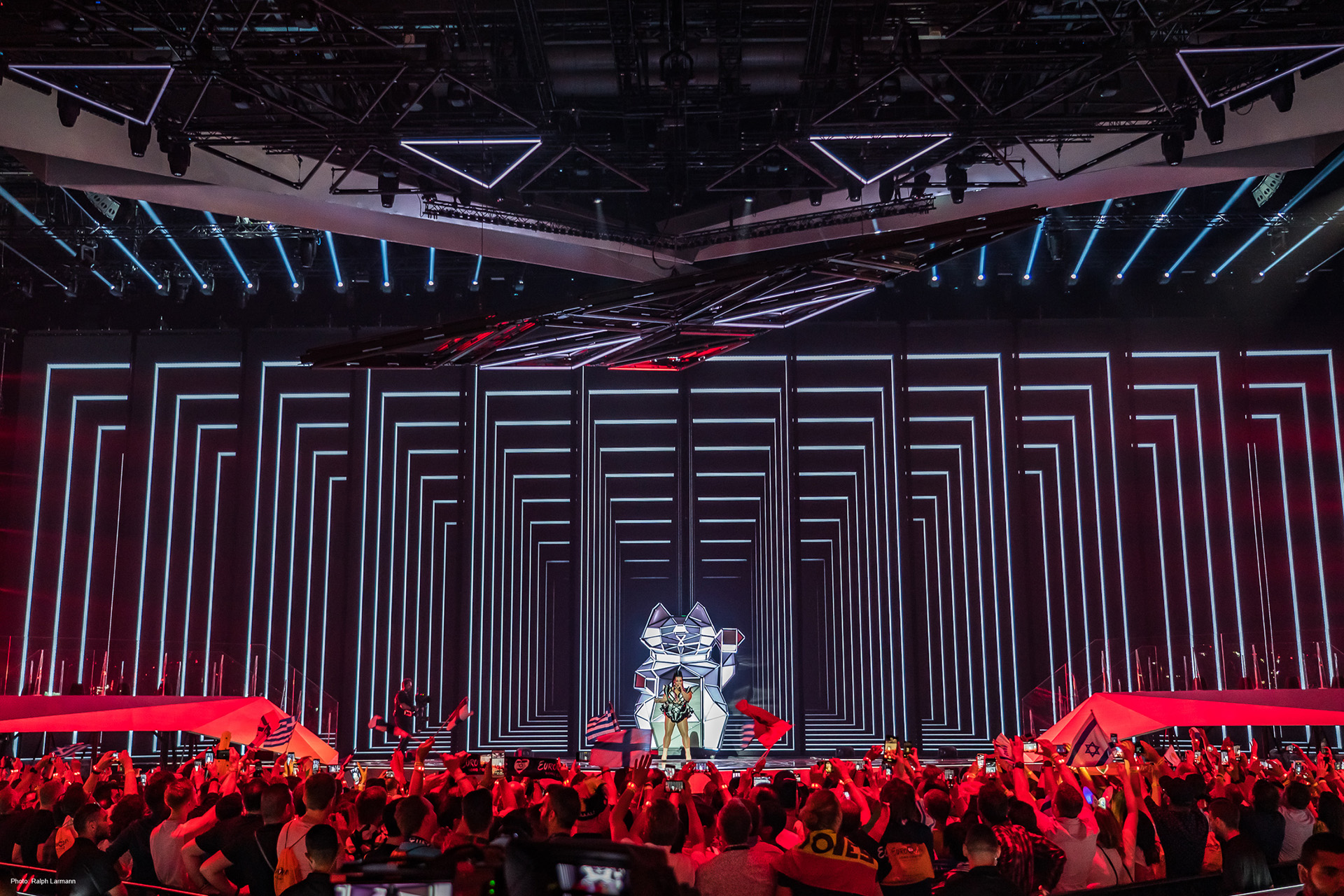 As a further highlight, four large stage elements, two each with a length of 26 meters and 21 meters, could be individually lowered from the ceiling thanks to 12 winches according to SIL3 and thus be adapted to any stage setting. 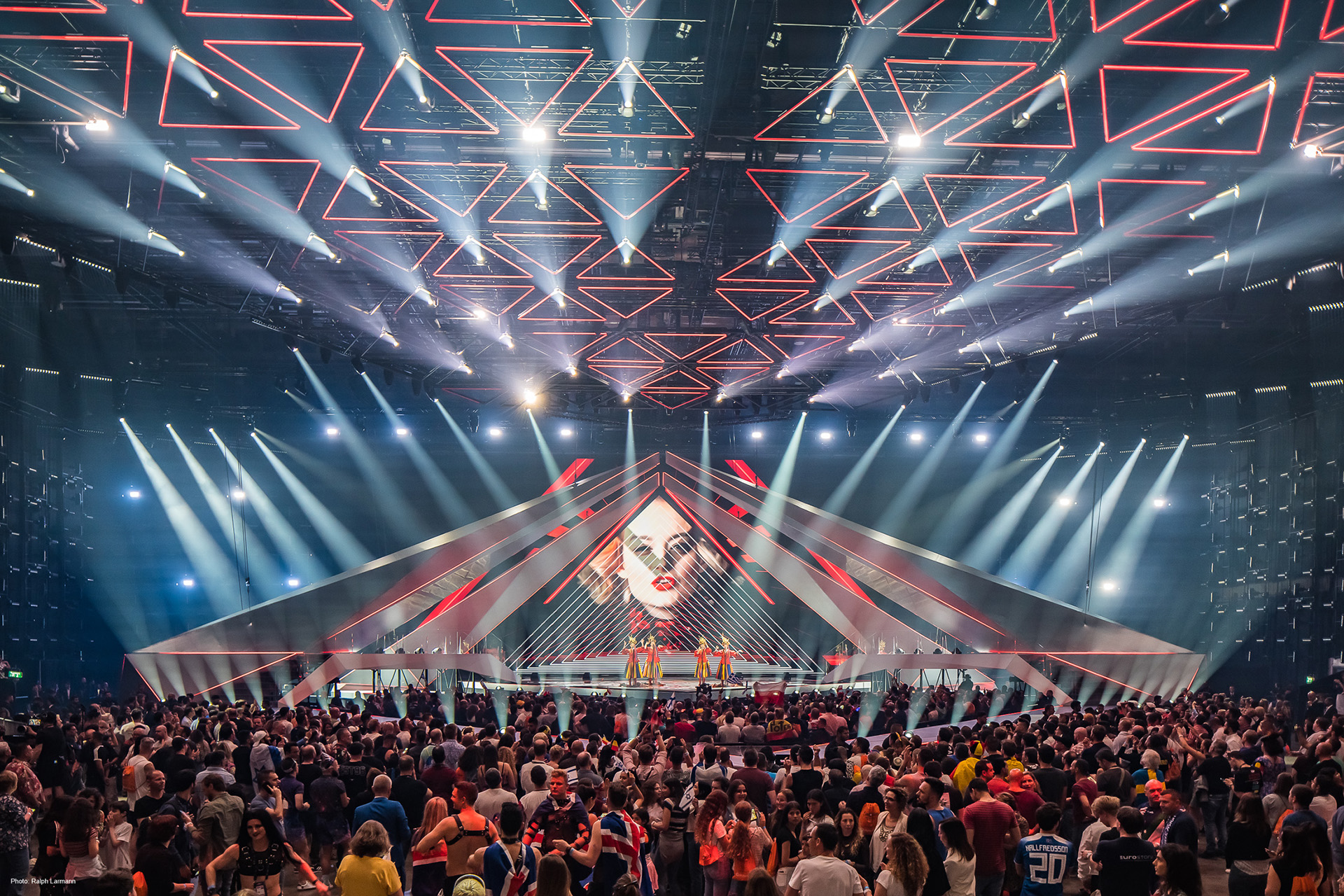 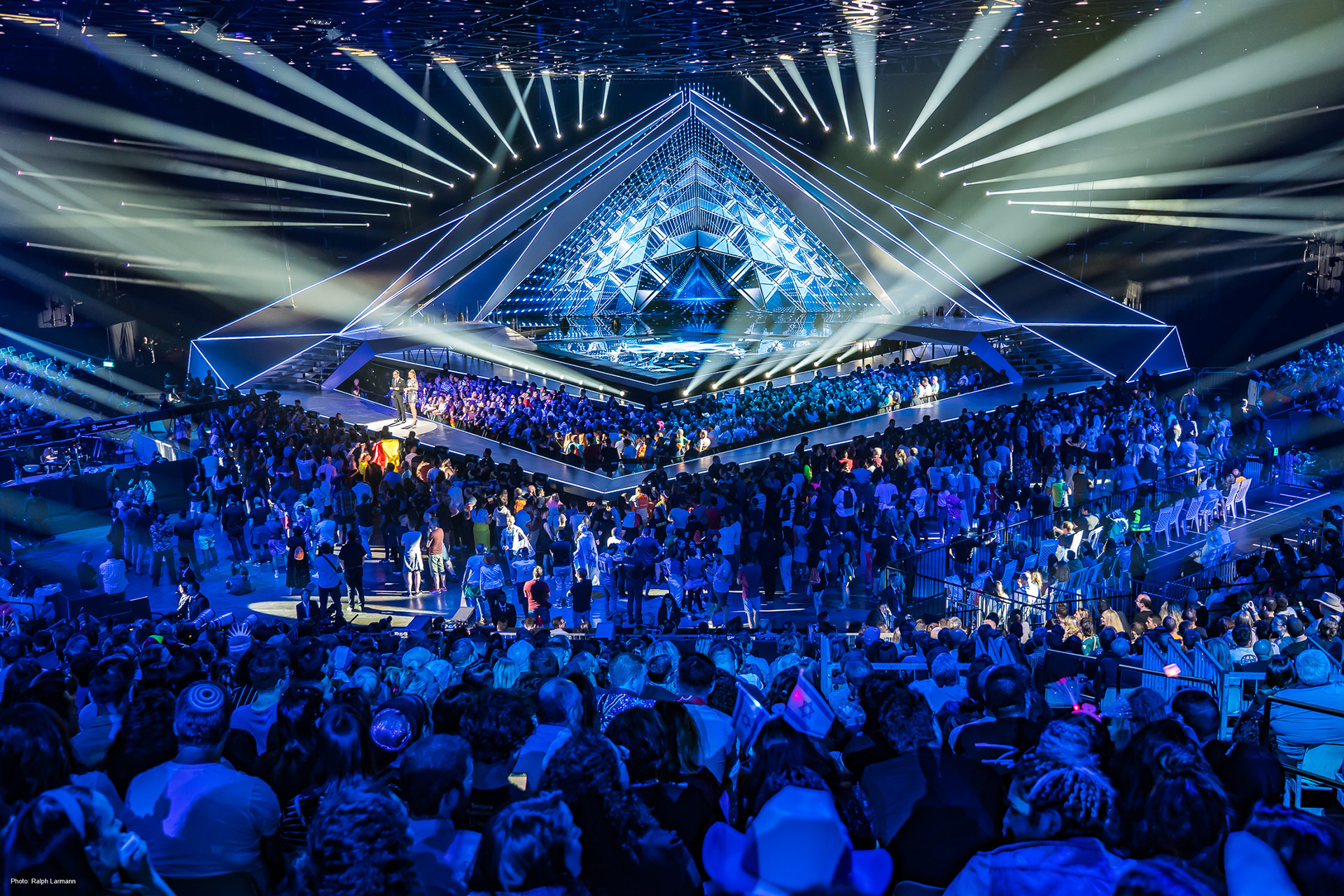 The entire ceiling above the stage consisted of several LED triangles one of these triangles with a leg length of 10 meters each, covered with LED elements, could be tilted and moved freely in all directions thanks to three SIL3 winches with a load capacity of 0.5 tons.

For the show act Madonna a different stage background was requested. Stage Kinetik supplied a 60 meter curtain rail on which a 40 meter by 12 meter forehand could be moved sideways.

Around the conversion times for the individual acts as well as light-technical productions, various chain hoists of the Movecat brand were installed. Thus individual stage sets could be created for each act.