In September 2017, METRO AG hosted an event on the occasion of its rebranding and new naming in exhibition hall 8b in Düsseldorf. For this purpose, Stage Kinetik GmbH was commissioned to build a winch system with 192 WinchOne winches in a grid of 16×12 winches. The distance between the winches was supposed to be 2 meters.

New cylindrical body with a diameter of 400 millimeters

However, the lighting unit used here should not be a sphere, as was already often the case, but a cylindrical body with a diameter of 400 millimeters and a height of 400 millimeters. Here, the challenge was to attach the components for the wireless DMX board from Glow Motion Technologies including battery and LED to the wire frame, which was covered with a non-combustible paper screen. The light cylinders should not weigh more than 1 kilogram. After a short planning period, this system was implemented specifically. 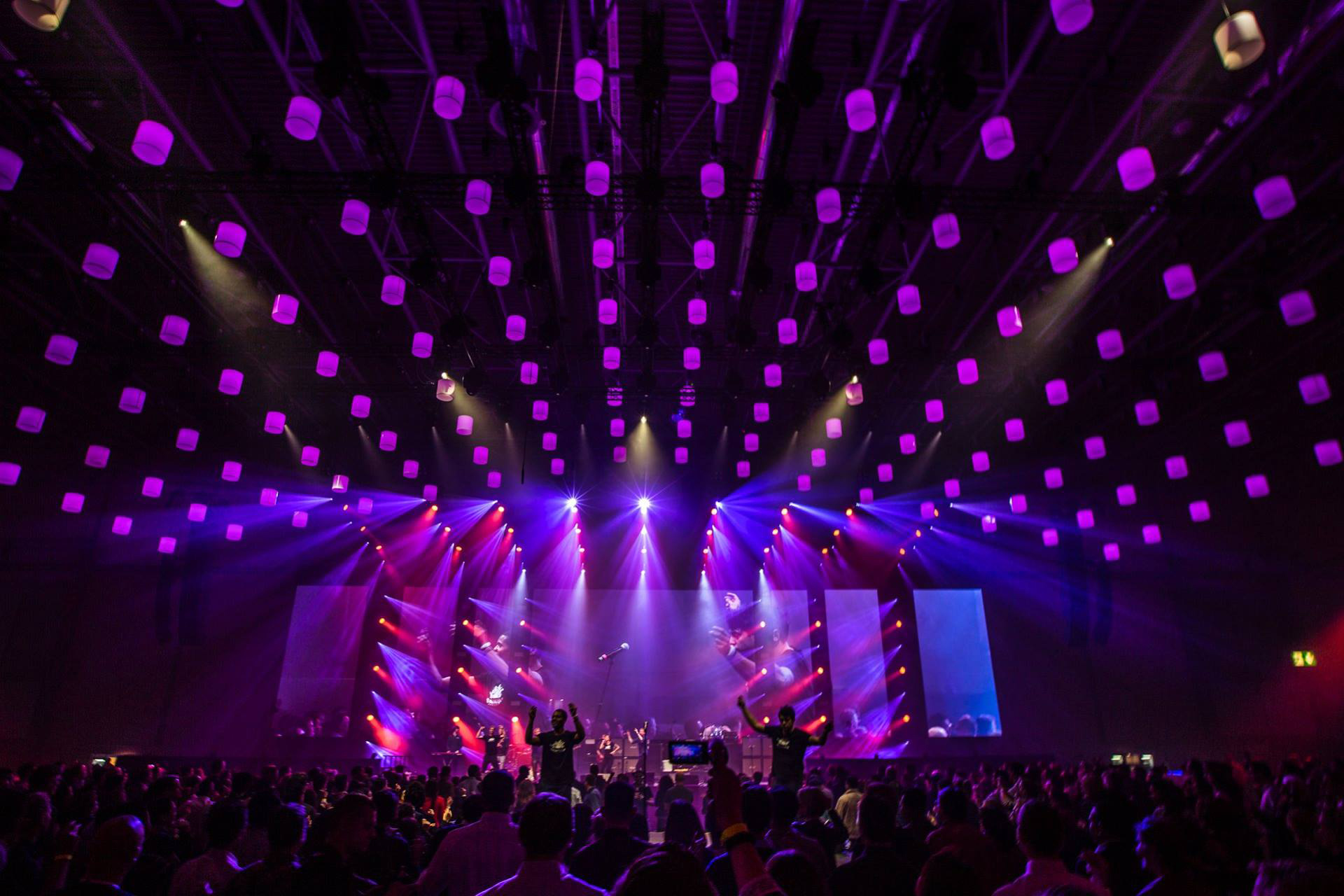 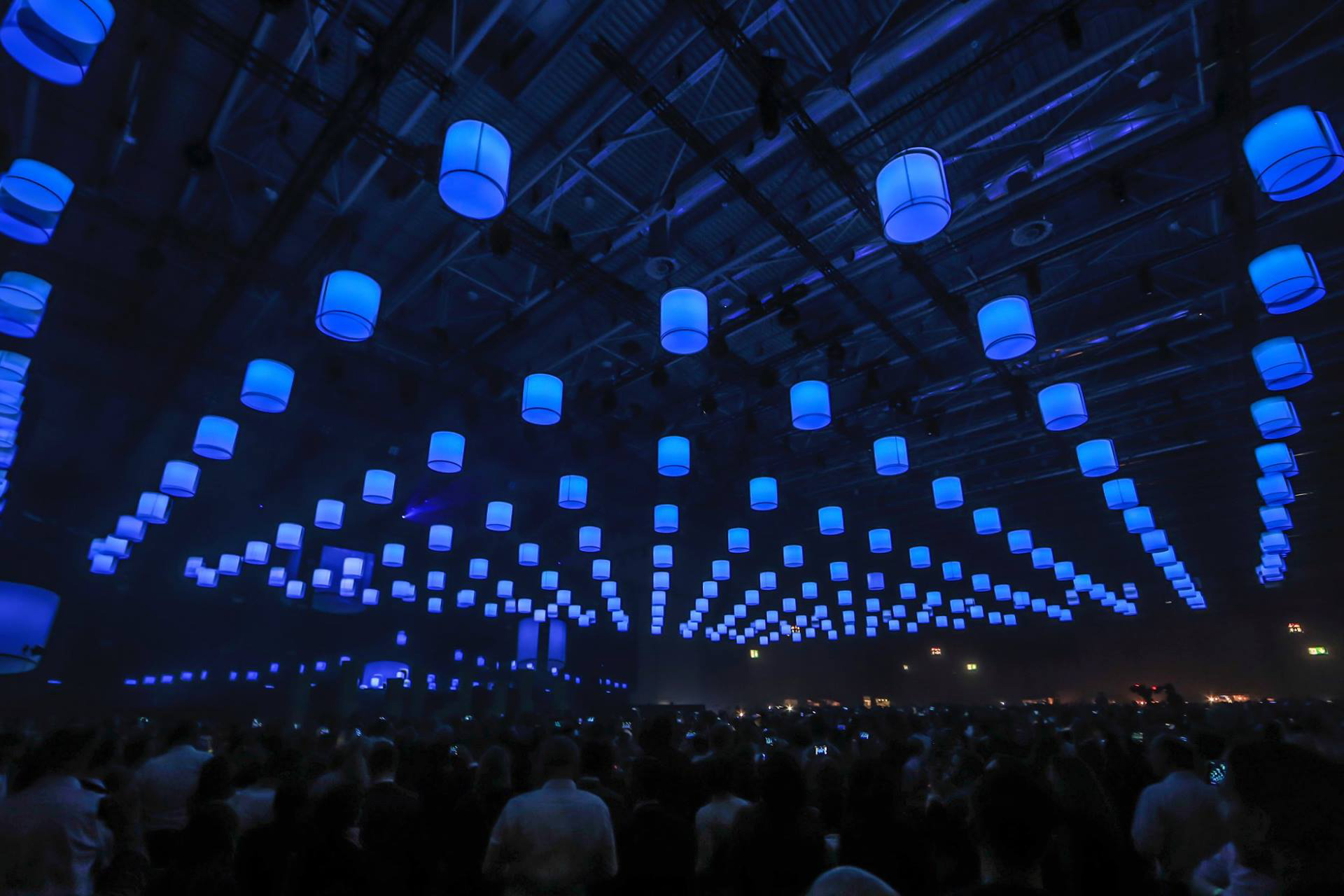 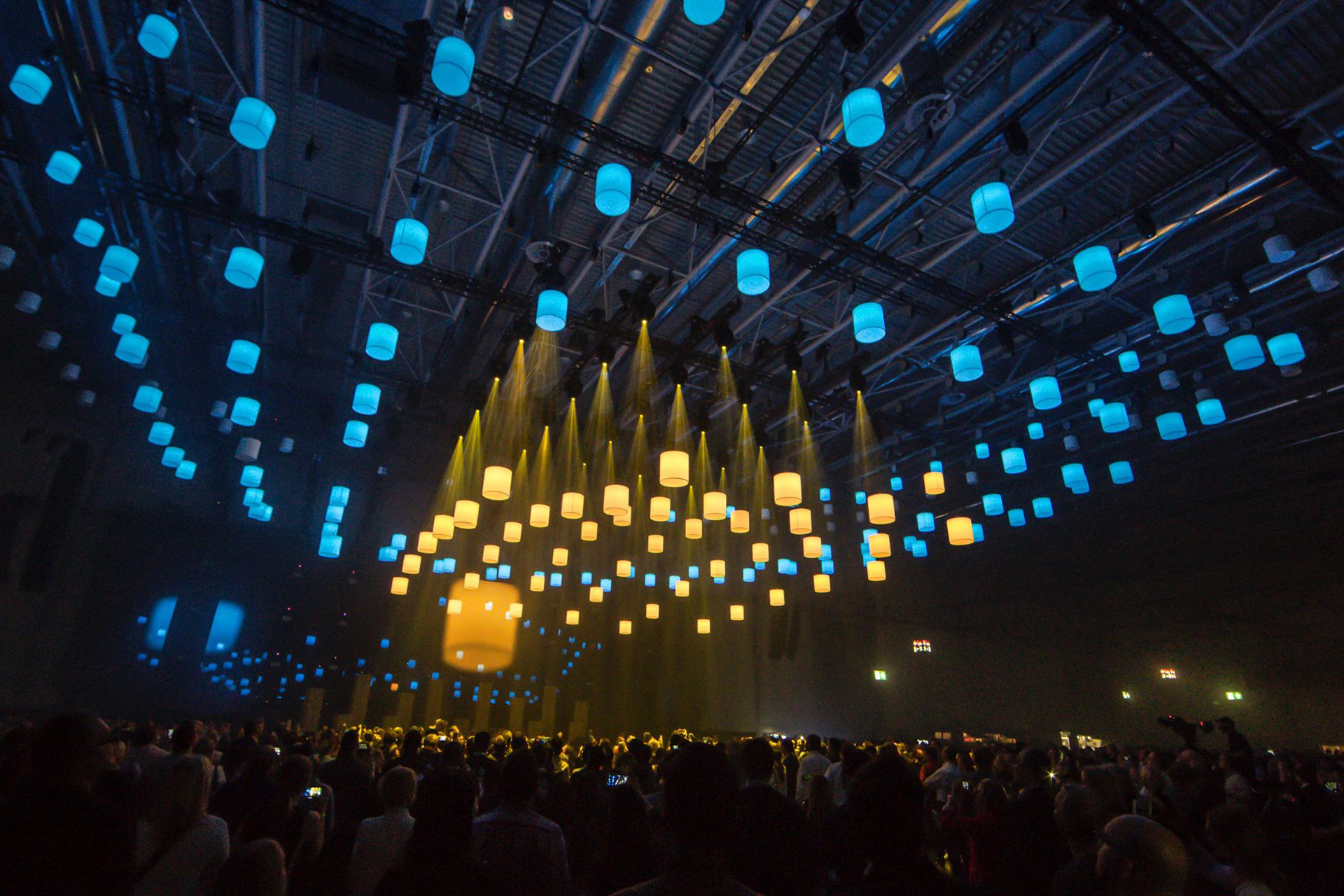